The hottest Ghanaian artiste at the moment, Mohammed Ismail Sharif, known in showbiz as Black Sherif, has been sued by Shadrach Agyei Owusu, the Chief Executive Officer of Waynes Chavis Consult for alleged breach of contract.

This suit comes on the back of claims that Black Sherif had neglected his investor after he injected funds into his career.

Black Sherif was reported to have signed a distribution deal with Empire Music without the consent of his investor, who purportedly has a business management contract with him. The contract allegedly requires Black Sherif to conduct all his activities through the investor who came on board to help the artiste.

In the writ of summons dated 11th April 2022, and sighted by citinewsroom.com, the plaintiff, Shadrach Agyei Owusu, is asking the court to prevent Black Sherif from performing at events without his consent.

He is also seeking from the court  “an order of injunction to restrain the Defendant/Respondent, his agents, assigns, workmen and associates from performing at events or entering into agreements to perform at events or otherwise exploit his music and image without recourse to the Plaintiff.”

Agyei Owusu is also demanding for an order for the preservation of all funds accrued from Black Sherif’s online streams.

Shadrach also wants a receiver to take the proceeds of all funds that will accrue from the activities of the defendant.

This comes at a point when Black Sherif’s latest song ‘Kwaku The Traveller’ is topping global charts, making him the most sought-after artiste in Ghana in recent times. 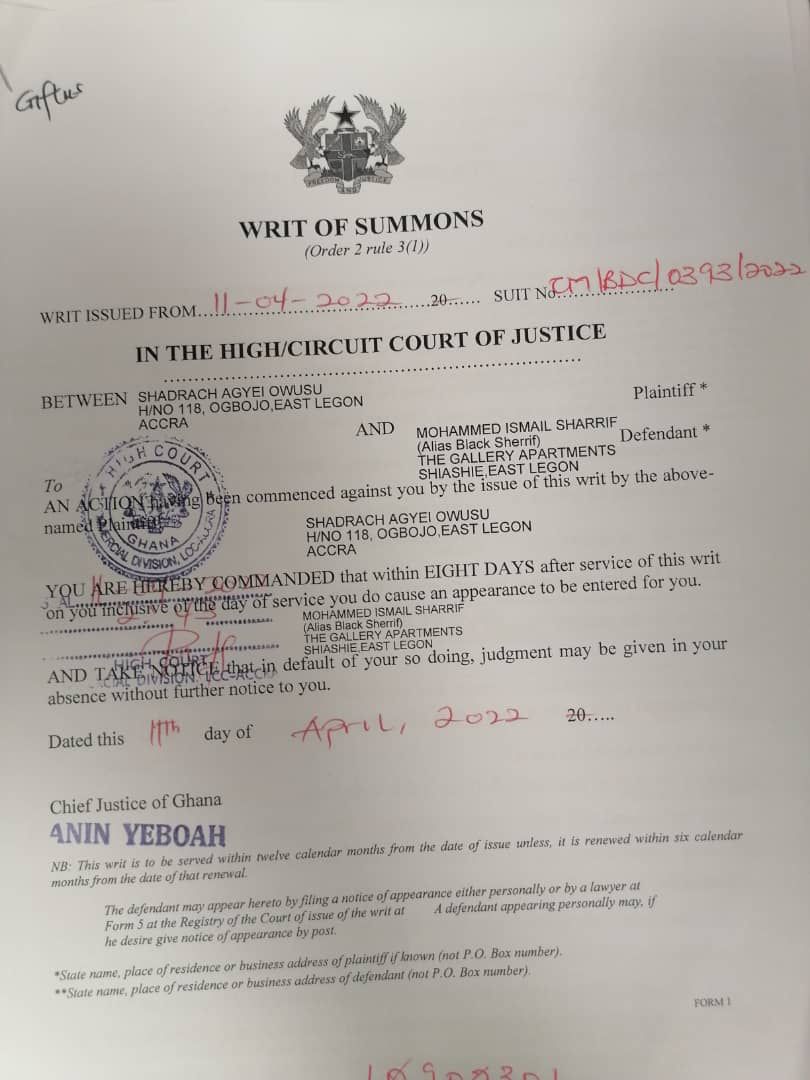 Watch the video below to understand how the whole issue started:

”24th Dec 2007, I walked from Aflao to Keta just to perform with Pullover” – Rapper Dimormi reveals